Listen to my interview with Brian Ray, guitarist/bassist with Sir Paul McCartney below!

From 2006-2012, I worked at a killer boutique guitar store in Atlanta called, appropriately enough, Boutique Guitar Exchange.  In September 2013 myself and business partner Matthew Chenoweth (and an unnamed 3rd party) took over operations the store.  In late 2016, an unconscionable lawsuit from a selfish ex-partner sent us into an economic tailspin forcing Matthew and me to close our storefront of 12 years on North Highland Avenue in Atlanta.

Previously to the store closing, starting in January of 2016, Matthew and I started hosting our own radio show on Voice of the Arts AM 1690 called "The BGX Radio Hour".   Despite the store closing, I am continuing to air the BGX RADIO HOUR.  This guitar-centered radio show features live performances of local/national artists, gear demonstrations, and interviews.  The show airs Wednesdays at 6 pm and rebroadcasts the following Tuesday at 8 pm.  New shows will be broadcast as my schedule allows.

Below is a list of guests/topics from previously aired shows.  They are archived on the AM 1690 website and can be found HERE. 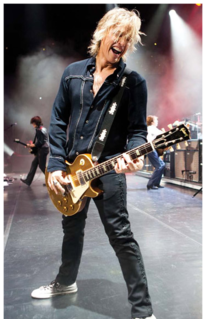 Unfortunately, as of the middle of May 2018, AM 1690 will no longer be on the air.   It filled a niche in both Atlanta radio and the arts community that will be missed.   As a result, the BGX Radio Hour is no longer on the air, but I will be posting past episodes on this site as I am able.  Check out the 2 part interview I did with McCartney guitarist Brian Ray recently.